We offer a wide range of top quality products, to withstand tough weather conditions. All of our products are kiln-dried to 8%- 13% moisture content and are 100% suited to our climate, keeping the wood in perfect balance which minimizes warping or movement.

The company was established 2002 in Atlantis, Western Cape as Manufacturer of solid Meranti windows, doors and door frames.  The Company is currently a BEE Level 4 contributor.

During 2008 the company obtained Jointech, as Interior Decorating Company, to supply and fit products manufactured (to the Construction Industry and Local Tenders) this included fitting on projects as

We only use FSC approved Meranti timber sourced from responsible managed suppliers and forests. This means that resources are managed in a sustainable way.

Our Windows are SANS 613 certified and Our Doors are SABS SANS 545:2013 certified – Class 1 Exterior Heavy Duty. All our products are supplied pre-sealed with a linseed oil and colour catalyst based sealer in order to maintain the highest standards of quality on products crafted to perfection and manufactured to last.

We have a wide range of quality products, from Doors, Doorframes, Windows, P.A.R, Decorative Mouldings and Custom – made products to your specification.

The conservation of the natural environment and the preservation of the bases of existence for future generations is part of our social responsibility. This unconditional focus on the future commits us to act sustainably in all our activities.

The strong growth of our company continually presents us with new challenges in terms of the protection of the environment. We strive to continuously improve the ecology of our products and production facilities and to use natural resources sparingly. We ensure this constant optimisation through procedures for the assessment of our environmental performance and the associated environmental indicators. The avoidance of environmental pollution is taken into consideration here not only in the development of new products, but in all environment-related activities.

From product development and production to sales, we work according to the latest environmental and economic standards. Thus, we fulfil the relevant legal obligations regarding the environmental criteria, within our business activities. 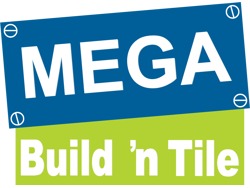